Monday, September 9, was a head-expanding day for me at Apimondia. This biannual event attracts thousands of attendees from across the globe. This year, it’s in Montreal – a mere 3,008 kilometres (as the crow flies) from my home in Calgary. There will be 269 oral presentations and 566 science/bee posters. There are also 50,000 square metres of exhibition floor space.

I feel like a kid with a dollar in a candy store. It’s impossible to decide what to take in when Honey: What is it and how to ensure its authenticity? and What’s New in Honey Bee Biology? and …possible effects of neonicotinoids on workers, drones, and queens, and Bee products – nutritional value, physiological vs. pharmacological effects, and Research on beekeeping development are all being presented at the exact same moment! It’s like this for four days – five simultaneous presentations, each in a different hall, each important and charming in its own way.

I couldn’t decide which presentation to hear. So I spent my time touring the exhibition hall instead.  It was a United Nations of bee gadgets, associations, exotic honey tasting, electronics, and business introductions. At least twenty countries are represented, with Brazil, Russia, and China each having spacious displays. United Arab Emirates, Moldova, Greece, Argentina, Mongolia, Korea, Slovenia, India, Ukraine, Malta, Romania… and I’m sure I’ve forgotten some.  Ethiopia and Chile had especially large displays as each is vying for a shot at the 2023 Apimondia Conference. Will it be Addis Ababa or Santiago? Where would you go, if you could, to learn about bees four years from now?

Here are some pictures from the exhibition floor at the Montreal Apimondia. Today, I’ll share the exhibits of some of the countries. On later posts, I’ll show world honeys, Canadian exhibitors, and then bee gadgets. 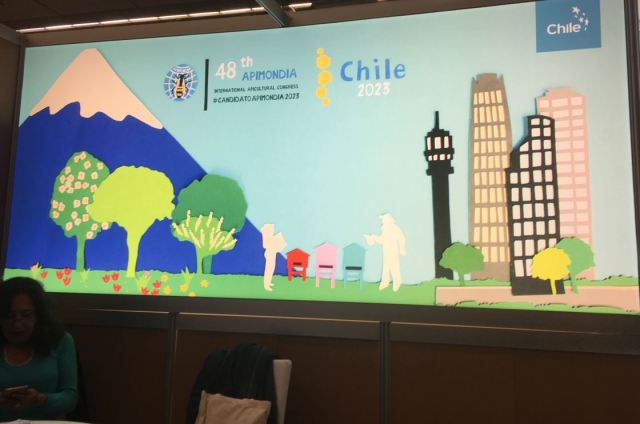 Chile, hopefuls for the 2023 Apimondia Expo

Ethiopia, hopefuls for the 2023 Apimondia Expo 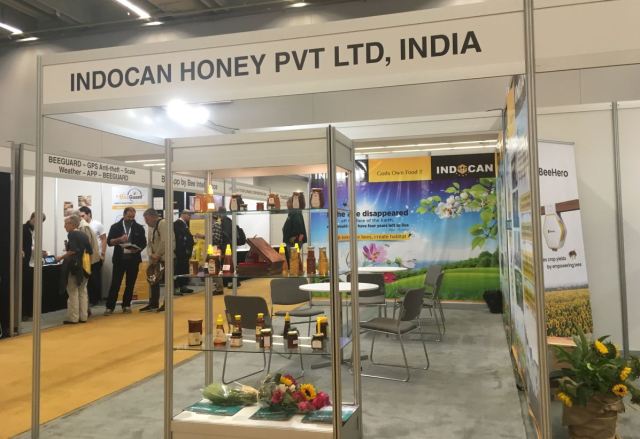 The next Apimondia conference will be in Russia.

The Brotherhood of Ukrainian Beekeepers

Russia will host the next Apimondia, September 2021. 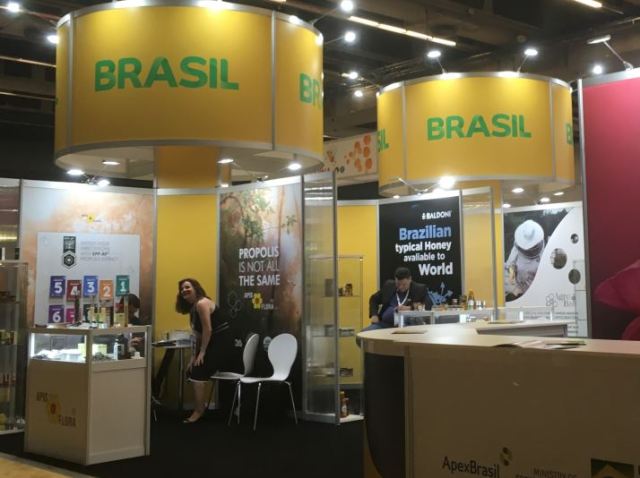 Ron Miksha is a geophysicist who also does a bit of science writing and blogging. Ron has worked as a radio broadcaster, a beekeeper, and is based in Calgary, Alberta, Canada. He has written two books, dozens of magazine and journal articles, and complements his first book, Bad Beekeeping, with a popular blog at www.badbeekeepingblog.com. Ron wrote his most recent book, The Mountain Mystery, for everyone who has looked at a mountain and wondered what miracles of nature set it upon the landscape. For more about Ron, including some cool pictures taken when he was a teenager, please check Ron’s site: miksha.com.